Dixey isn’t the only one who’s felt ripped off. The Bushmen first heard the news about the patent when Phytopharm put out a press release. Roger Chennells, a lawyer in South Africa who represents the Bushmen, who are also called “the San,” was appalled. “The San did not even know about it,” says Chennells. “They had given the information that led directly toward the patent”. The taking of traditional knowledge without compensation is called “bio-piracy.” “You have said, and I’m going to quote you, ‘that the San felt as if someone had stolen the family silver,” says Stahl to Chennells. “So what did you do?”. “I wouldn’t want to go into some of the details as to what kind of letters were written or what kind of threats were made,” says Chennells. “We engaged them. They had done something wrong, and we wanted them to acknowledge it”. Chennells was determined to help the Bushmen who, he says, have been exploited for centuries. First they were pushed aside by black tribes.

Then, when white colonists arrived, they were nearly annihilated. “About the turn of the century, there were still hunting parties in Namibia and in South Africa that allowed farmers to go and kill Bushmen,” says Chennells. “It’s well documented”. The Bushmen are still stigmatized in South Africa, and plagued with high unemployment, little education, and lots of alcoholism. And now, it seemed they were about to be cut out of a potential windfall from hoodia. So Chennells threatened to sue the national lab on their behalf. “We knew that if it was successful, many, many millions of dollars would be coming towards the San,” says Chennells. “Many, many millions. They’ve talked about the market being hundreds and hundreds of millions in America”. In the end, a settlement was reached. The Bushmen will get a percentage of the profits - if there are profits. But that’s a big if. The future of hoodia is not yet a sure thing. The project hit a major snag last year.

Pharmaceutical giant Pfizer, which had teamed up with Phytopharm, and funded much of the research, dropped out when making a pill out of the active ingredient seemed beyond reach. Dixey says it can be made synthetically: “We’ve made milligrams of it. But it’s very expensive. It’s not possible to make it synthetically in what’s called a scaleable process. So we couldn’t make a metric ton of it or something that is the sort of quantity you’d need to actually start doing something about obesity in thousands of people”. Phytopharm decided to market hoodia in its natural form, in diet shakes and bars. That meant it needed the hoodia plant itself. But given the obesity epidemic in the United States, it became obvious that what was needed was a lot of hoodia, much more than was growing in the wild in the Kalahari. And so they came here. 60 Minutes visited one of Phytopharm’s hoodia plantations in South Africa. They’ll need a lot of these plantations to meet the expected demand. Agronomist Simon MacWilliam has a tall order: grow a billion portions a year of hoodia, within just a couple of years. He admitted that starting up the plantation has been quite a challenge.

“The problem is we’re dealing with a novel crop. It’s a plant we’ve taken out of the wild and we’re starting to grow it,’ says MacWilliam. “So we have no experience. So it’s different? diseases and pests which we have to deal with”. How confident are they that they will be able to grow enough? “We’re very confident of that,” he says. “We’ve got an expansion program which is going to be 100s of acres. And we’ll be able, ready to meet the demand”. This could be huge, given the obesity epidemic. Phytopharm says it’s about to announce marketing plans that will have meal-replacement hoodia products on supermarket shelves by 2008. MacWilliam says these products are a slightly different species from the hoodia Stahl tasted in the Kalahari Desert. “It’s actually a lot more bitter than the plant that you tasted,” says MacWilliam. The advantage is this species of hoodia will grow a lot faster. But more bitter? How bad could it be? Stahl decided to find out. “Not good,” she says. Phytopharm says that when its product gets to market, it will be certified safe and effective. They also promise that it’ll taste good. 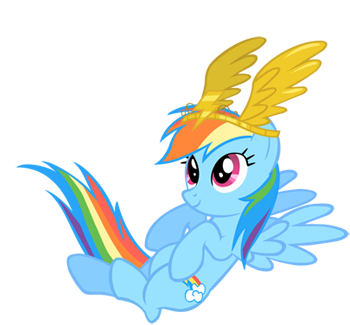